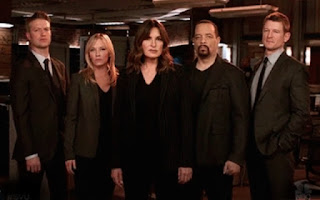 “Law & Order: SVU” season 20 is the upcoming installment of one of the longest drama series to air on TV. The series is still going strong after two decades and the viewers are always excited for a new season to arrive.
The last episode of “Law and Order: SVU” season 19 aired on May 23, 2018, and it was the 434th episode of the show. The upcoming season will feature some special scenes based on the original episodes


New Poster
“Law & Order: SVU” season 20 has a new poster and it was made to commemorate the show’s 20th anniversary. E! News shared the drama’s new poster, which was simply captioned "20 Years Strong." 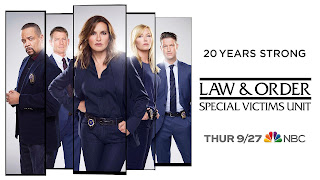 Cast
“Law and Order: SVU” season 20 will still star Kelli Giddish, Peter Scanavino, Philip Winchester and Ice-T. Of course, there will be guest stars and fans can anticipate unexpected big stars to be on the show as another way to mark its 20 years on the air.

We can all see Christopher Meloni (Detective as Elliot Stabler), Mariska Hargitay (Olivia Benson), Richard Belzer (John Munch) and Dann Florek (Donald Cragen). As per TV Insider, Dylan Walsh (John Conway) will also be back in a recurring role

The next season of Dick Wolf‘s "Law & Order: SVU" is bringing back an actor that fans of the franchise will definitely recognize. The Nikki Staines character will also make an appearance on “Law & Order: SVU” season 20. She will be back for an episode titled “Revenge.”

New Addition
“Law and Order: SVU” season 20 will have new additions to the cast. Deadline reported that George Newbern (Dr. Al Pollack) has been confirmed to star as Detective Amanda Rollins’ (Kelli Giddish) ex-boyfriend and it will be a recurring character.