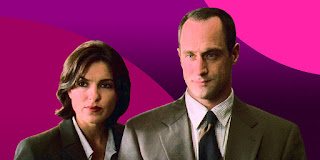 The same way I find comfort in Say Yes to the Dress, Pioneer Woman, and Queer Eye, I find comfort in Law & Order: Special Victims Unit. I've been watching the show – unparalleled in its devotion to sexual violence – longer than the Parents Television Council would deem appropriate. Despite the show's graphic nature, or possibly because of it, SVU has become my televised home base and my small screen safe space.

Of course, I’ve occasionally dabbled with the original Law & Order, and Law & Order: Criminal Intent, but neither are as compelling as SVU. Apparently, American audiences feel similarly. With Season 20 of Law & Order: SVU set to premiere this September, the series has successfully outlasted the show's other iterations.

From the familiar opening lines ("sexually based offenses are considered especially heinous…") to the plot’s near-rhythmic structure, to the dedicated detectives who've investigated all 435 of those vicious felonies, there is something in the SVU Kool-Aid. And women, it turns out, are thirsty as hell.

Last season, the series raked in an average 8.57 million viewers, and while we don't have specific numbers in terms of gender, a 2016 New York Times study of the 50 TV shows with the most Facebook Likes, files Law & Order: SVU alongside Cake Boss, Real Housewives of Atlanta, and Bad Girls Club in terms of audience similarity. If SVU stacks closest to shows airing on TLC, Bravo, and Oxygen, we’re pretty damn comfortable in presuming the vast majority of SVU's audience identifies as female.
How, then, did a show originally pitched under the explicit title "Sex Crimes," a show so unabashedly rooted in characters' sexual trauma, become a viewing staple for so many American women? Like SVU's best episodes, there is no singular explanation.

Following Detective Elliot Stabler's (Christopher Meloni) departure in Season 12, SVU undoubtedly became Olivia Benson's (Mariska Hargitay) show, if it wasn't already. The product of rape herself, Benson anchors SVU's heart and soul and serves as the series' moral compass. Quick to believe victims and quick to assail their attackers, Benson's strength and empathy – two qualities often juxtaposed in police procedural dramas – make her accessible for viewers. Despite her own two assaults, Lieutenant Benson has been fighting fiercely on behalf of survivors for the past 20 years, making her the longest-running female character currently on TV in a primetime non-animated series.

2. In the Special Victims Unit-verse, we have a better, fairer justice system

According to the Rape, Abuse & Incest National Network (RAINN), 2 out of 3 sexual assaults go unreported, with perpetrators of sexual violence less likely to go to jail or prison than other criminals. In steps Law & Order: SVU, where brutal, heart-wrenching storylines are wrapped up within an hour. Most episodes play out something like this: character is assaulted, "dun, dun," the offending assaulter is found, tried, and put in jail. All within the hour! The police rarely question a victim's clothing, or drag their sexual history through the mud. The show also raises real-life issues within the criminal justice system. In 2010, the episode "Behave" raised the issue of backlogged rape kits around the country – a problem which Benson and Stabler were able to overcome, naturally.


3. SVU can be a brutal, yet informative teacher

Law & Order: SVU has taught me many things, my Miranda rights included. But part of me suspects I watch SVU for the same reason I read Fox News comment sections: There's power in seeing what you dread most put in front of you so plainly. It toughens you up, and quickly. As Emily Nussbaum writes in the New Yorker, "[Law & Order: SVU] also has a strange therapeutic quality for any woman, a ritualistic confrontation with fear: it might upset you to watch one rape story, but it thickens your skin to watch a million." 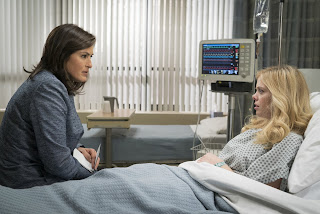 Game of Thrones lights the match of 1,000 think pieces any and every time it features rape, while Law & Order: SVU centers on sexual assault every single week with hardly a blink. Why? I'd argue, for one, SVU doesn't necessarily use rape as a plot device to add complexity to female characters. Whereas Thrones often uses rape the way an inept cook uses seasoning, Special Victims Unit is devoted solely to sexual assault. This is SVU's wheelhouse and, for better or worse, the show knows what it's doing (most times).


5. The show can be therapeutic for viewers who have dealt with sexual assault

I think this dismisses the spectator too easily. It's difficult to say how many women watching Law & Order: SVU are survivors themselves. Given 1 in 5 women in the US have been sexually assaulted, and two-thirds of the show's audience is female, upwards of one million sexual assault survivors could be tuning in any given Wednesday night at 9 p.m. (the show's time slot for the past six seasons). That is to say, a lot of SVU's viewers are also survivors. Now, you could make this argument for any show with a female-led audience, but why would women who've experienced sexual assault keep coming back to a show that can be so relentless in its portrayal of sexual assault? I think it's simply because Law & Order: SVU is doing so with more rigor, and more empathy, than any other show of television. 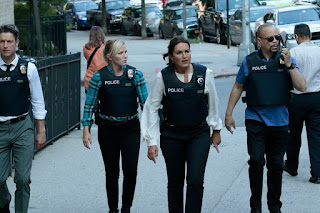