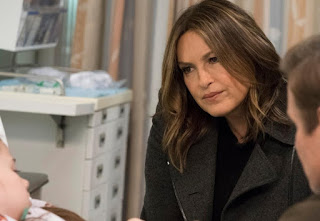 Read at your own risk: This article contains spoilers for Law & Order: Special Victims UnitSeason 20.
A few weeks before Law & Order: Special Victims Unit Season 20's conclusion, NBC announced that the show would be renewed for a new season. This makes the show one of the long-running scripted materials on the network. And inside the Law & Order world, it is now the only franchise that is still receiving orders for new episodes.

According to Pop Culture, NBC's chairmen, Paul Telegdy and George Cheeks, revealed that they are very proud of what the Law & Order: Special Victims Unit family has been able to accomplish. They referred to the show as a "testament" and an impressive "example" of what could happen if a certain show continues to speak to its audience in a very "powerful way." And this further excites the whole production and fandom of the series.

In addition to these statements, the series lead star, Mariska Hargitay, who plays the role of Lt. Olivia Benson, also shared her joyful sentiments about the apparent renewal. She stated that she is "humbled" to make history in American television today.

As it happens, Mariska Hargitay has been with Law & Order: Special Victims Unit ever since its pilot run in 1999. So, being in the show for more than two decades has been truly "groundbreaking."

The upcoming season is now confirmed to arrive this fall season. But while some details are yet to be revealed, other important and exciting aspects of the show are already publicized, especially on its cast members.

All of the series regulars will return to reprise their roles. However, Philip Winchester confirmed that he is no longer returning to play the role of Assistant District Attorney Peter Stone.

His exit in the last season's finale was given enough justice. As any fan would recall, he told Benson that his feelings for her had clouded his judgments. And he was referring to what he did behind Benson's back to ultimately put Rob Miller behind bars.

Upon crossing the line, along with the other key players of SVU, they were able to capture and eliminate Rob Miller from the game. But since his actions surprised him in the end, he finally bid his goodbyes to Benson as he no longer wants it to happen again.

While his character will no longer appear next season, a new key character will enter the course of Law & Order: Special Victims Unit. And as per Cartermatt, Ian McShane will join the series cast to play the role of a "high-profile" mogul, who will be accused of sexual assault.