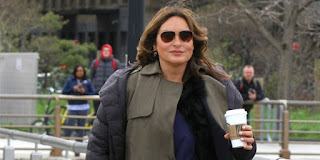 The two are currently filming the show's historic 20th season. 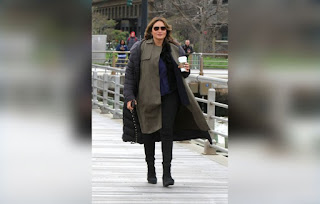 Mariska, 55, was dressed head to toe in her classic Olivia Benson costume. She rocked a black and army green wool coat, black jeans and suede knee-high boots. She was ready to kick crime to the curb! 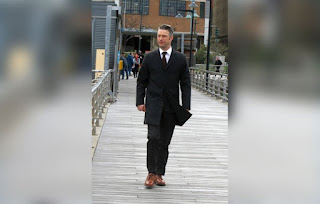 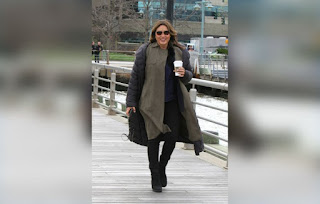 As Law and Order: SVU fans know, Peter joined the drama during the show's 16th season and first butted heads with Olivia Benson. 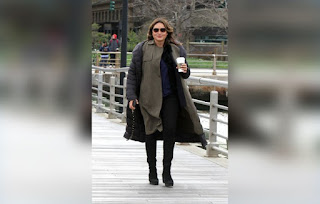 The NBC crime show made history when it became the fourth-longest scripted series to ever air. It is currently filming its 20th season and was renewed for a 21st earlier this year. 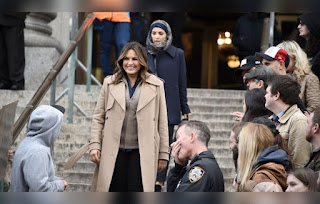 Mariska recently made a cameo appearance on Saturday Night Live on April 6 and was joined by costar Ice-T! The two acted in a skit spoofing Game of Thrones. 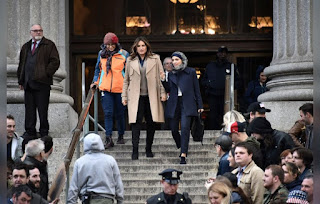