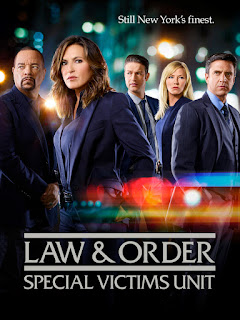 For anyone out there who loves some of the notable guest stars that have appeared on Law & Order: SVU, over the years then you’ll love this: Isaiah Thomas is stopping by!
Yesterday, the newly-acquired Cleveland Cavaliers star confirmed that he is filming for the hit NBC show today; there’s no indication as to if he’s playing himself or a character, but this marks his scripted TV acting debut. (The only official credits to his name right now are a number of sports talk show appearances.) The former Boston Celtics guard remains a fan favorite there following the recent trade (how can he not be based on some of his performances?), and this gig should help him gain even more of a following all over the country.
Beyond just being a cool experience for him, we also love the fact that a notable professional athlete is making such a big statement in being a part of the show with such a clear mission statement: Helping those who are victims of domestic violence. We don’t have to get into any headlines with other athletes to state the importance of a man using this platform to raise awareness and support for victims, and this show is more than just an hour of scripted entertainment. It’s inspired a lot of people over the years and will continue to do so.
Thomas joins a rather storied list of notable names to appear on an SVU episode, and it’s one that includes such familiar faces as then-Vice President Joe Biden, Modern Family star Sarah Hyland, Elizabeth Banks, Bradley Cooper, tennis sensation Serena Williams, Martin Short, Carol Burnett, and Brad Garrett. Some of these people appeared on the show prior to being a household name, whereas others turned up as a means to lending their voice to a cause. Biden had done a great deal of work, for example, with series star Mariska Hargitay on various causes. His appearance came about as a result of that.
New episodes of Law & Order: SVU season 19 start airing on Wednesday, September 27 and know that CarterMatt is going to be bringing you reviews and previews all season long. Based on the timing of Thomas’ post here, odds are that he will appear at some point later this fall.

If you haven’t seen the first promo for the new season yet, be sure to check that out over at the link here! Everything that we’re seeing on it at the moment suggests that we’ve got a great episode ahead there with Ice-T’s character of Fin being forced to deal with a case that could have international ramifications. Beyond that episode, there are also some big stories for Carisi and Rollins coming up; as for Hargitay’s Benson, this upcoming season could be putting her through hell more so than any other in recent memory. For whatever reason, she just can’t catch a break.
at September 14, 2017