Frankly I could care less what a celebrities net worth is and I feel that it's none of our business. But there are some interesting facts here on this page for those who are new fans of Mariska. 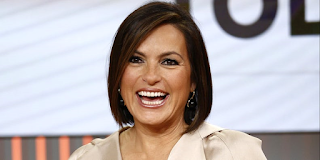 Mariska Hargitay is an actress who is best known for her role in ‘Law & Order: Special Victims Unit’. She is the daughter of actor and bodybuilder Mickey Haritgay. She has also appeared in various movies and did her debut in the film ‘Ghoulies’ in 1985. Her TV debut was in the series ‘Downtown’ in 1986. She has also directed many episodes of ‘Law & Order: Special Victims Unit’ and has also produced the series 15 to 18. Other TV show where Haritgay has appeared includes Chicago P.D., Prince Street, Can’t Hurry Love, Tequila and Bonetti, Falcon Crest, and ‘Law & Order’. The estimated net worth of Mariska Haritgay is $50 million US dollars.

Mariska Magdolna Hargitay was born on January 23, 1964, in Santa Monica, California. She was born to parents Jayne Mansfield who was a former actress and Mickey Haritgay who won Mr. Universe. She has two brothers named Zoltán and Miklós. She also has three half-siblings named Antonio “Tony” Cimber, Jayne Marie Mansfield, and Tina Hargitay. Her parents divorced soon after her birth, although they separated before she was born.

Her mother then married Matt Cimber. In 1967, her mother died in a road accident. She attended the Marymount High School and was active in various school programs including theater. She then attended the UCLA School of Theater Film and Television and became a member of Kappa Kappa Gamma. In 1982, she was the winner of Miss Beverley Hills USA. She left her college to pursue a career in acting. She then went to the Groundlings Theatre and School located in Los Angeles.

After winning the Miss Beverley Hills USA, Haritgay participated in Miss California USA where she placed as fourth runner-up. In 1984, she was seen in the music video by Ronnie Milsap. She then made her film debut in ‘Ghoulies’. In 1988, she appeared in the TV series ‘Falcon’. This was followed by ‘Tequila and Bonetti’ in 1992.

In 1995, she was seen in ‘Can’t Hurry Love’. She then appeared in various TV shows like ‘Seinfeld’, ‘The Single Guy’, ‘In the Heat of the Night’, ‘Gabriel’s Fire’, ‘Cracker’, ‘Baywatch’, ‘All-American Girl’, and ‘Freddy’s Nightmares’. She also had a small role in the movie ‘Leaving Las Vegas’. In 1999, Mariska Haritgay became a cast member of the series ‘Law & Order: Special Victims Unit’ on NBC.

In the series, she portrayed the role of Lieutenant/Sergeant/Detective Olivia Benson of NYPD Special Victims Unit. She has also appeared in various films including Lake Placid, The Love Guru, The Perfect Weapon, hard Time Romance, Welcomes to 18, and Jocks. She has lent her voice in the 2006 film Tales from Earthsea. In 2015, she appeared in the music video for the song “Bad Blood” by Taylor Swift.

In 2005, Mariska Haritgay won the Golden Globe Award in the category of ‘Best Performance by an Actress in a Television Series – Drama’. She has won the 2006 Emmy Award and has won three Gracie Allen Awards. In 2015, she won the MTV Video Music Awards and has also won numerous other awards and nominations. She has also received a Star on the Hollywood Walk of Fame.

Mariska Haritgay is the founder of Joyful Heart Foundation, which supports child abuse, domestic violence, and sexual assault. She has raised more than $20 million and has helped 5000 survivors till April 2011 through Joyful Heart Foundation. She has also worked for other charities and was conferred with TFT Distinguished Alumni Award by UCLA in 2011.