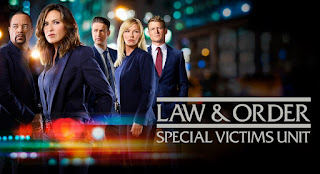 Law & Order: SVU season 20 is poised to deliver its biggest season yet, and there is no better time for it! After all, 20 is a milestone number and we’re gearing up for a milestone year. The series is tying Law & Order proper and Gunsmoke as the longest-running primetime drama show ever, and we really do like to think that there is a whole lot of great stuff still to come!

Recently, Mariska Hargitay and the rest of the cast all took part for a table read for (presumably) the first episode. That’s exciting in its own right, but even more so when you consider the appearance from Dick Wolf! The franchise guru was present in order to see everyone kick off the show in fine fashion, and we think that is probably a nice shot in the arm to everyone to get things going.

As for what the story will be for season 20, we don’t exactly think all that much will change — after all, it really doesn’t need to. You’ll get a chance to see some more captivating, thought-provoking drama in the vein of the first 19 seasons. What’s different is the nature of each case, some of the individuals involved, and the messages that are there at the very end.

Hopefully, by the end of this season we’ll come to know and care about these characters even more — beyond just that, we’re also hoping that there will be a chance at a season 21! It’s never too early to start the campaign for that, right?

Law & Order: SVU is airing on NBC this fall, but remember that there is a new timeslot for it — Thursdays at 10:00 p.m. Eastern, otherwise known as the former timeslot of Chicago PD.