From: www.hollywoodreporter.com
by Hilary Lewis 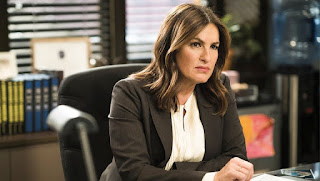 The second annual edition of the small-screen event will also feature a look back at 10 years of 'Shark Tank' and premiere screenings of 'Madam Secretary,' 'Anthony Bourdain: Parts Unknown,' 'Ray Donovan' and Nat Geo's 'Valley of the Boom' series about the dot-com bubble.

The Tribeca TV Festival has unveiled the lineup for its second edition, set to take place Sept. 20-23 in New York.

The festival will feature premiere screenings of and panels with the people behind the latest seasons of various small-screen series. Specific highlights include the 20th-season premiere of NBC's Law & Order: SVU, followed by a panel discussion with star and executive producer Mariska Hargitay, executive producer Dick Wolf, longtime co-star Ice-T and the current cast; a look back at 10 years of ABC's Shark Tank; and the new season premieres of Showtime's Ray Donovan, CBS' Madam Secretary and Sony Crackle's StartUp.

The festival will also screen the premiere of the latest season of Tracey Ullman's Show, followed by a discussion between the HBO show's eponymous star and executive producer and Meryl Streep. And the Tribeca TV Festival will host the world premiere of the first episode of the 12th season of CNN's Anthony Bourdain: Parts Unknown, with the late host and W. Kamau Bell in Kenya. The screening will be of an extended cut of the final episode finished with Bourdain's full involvement and the last to feature his narration and will be followed by aconversation with Bell and Bourdain's closest collaborators.

The festival will also world premiere National Geographic's scripted and unscripted hybrid limited series Valley of the Boom about the rise and burst of the late-'90s dot-com bubble. And Deadpool writers Rhett Reese and Paul Wernick will debut their teenage comedy dramedy Wayne from YouTube Premium.

“TV reaches audiences anywhere — in their homes, on their tablets, on their phones — but it’s also special to experience them on the big screen with others at the Tribeca TV Festival,” said Tribeca Film Festival co-founder Robert De Niro.

Tribeca co-founder and executive chair Jane Rosenthal added, "Tribeca has created a platform that lets episodic storytellers experience their stories directly with their audiences. We’re excited to celebrate these cultural icons and new voices with the second annual TV Festival."

Tribeca Enterprises executive vp Paula Weinstein added, “Through episodic storytelling you become deeply invested in characters for years, or even decades. At Tribeca TV we are celebrating the genius of Tracey Ullman and her characters we have loved for 30 years, the 20 anniversary of Law & Order SVU and the creators and characters who have enthralled us, the 6th season of Liev Schreiber’s Ray Donovan, Bryan Cranston’s dynamic performances throughout his career, and finally a decade of Shark Tank and all of the careers they have launched. With so much incredible work being showcased on TV, the process of discovery can be the most exciting — and the most overwhelming — for audiences. Tribeca TV is here to help!  We hope our guests will discover their newest TV obsession among our series premieres from Valley of the Boom to American Style, or broaden their horizons even further with world-premiere indie pilots and digital series."
at August 23, 2018