Mariska Hargitay and 'SVU': The Stories Were Always There

From: easthamptonstar.com
By: Jennifer Landes 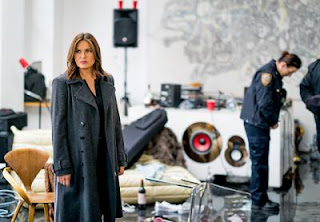 With raucous and appreciative reactions, several hundred fans gathered at the Tribeca TV Festival to celebrate the premiere of the 20th season of “Law and Order: SVU” on Sept. 20. The show stars Mariska Hargitay, a part-time resident of East Hampton Village who also directs some episodes.

The event included a preview of the season opener, which aired on television last Thursday, and a discussion with the stars of the show and Dick Wolf, the producer and founder of the “Law and Order” franchise.

After introducing the cast, Savannah Sellers, an NBC News correspondent, noted that the show has now tied the record for longest running live-action series with “Gunsmoke,” which began in 1955. It is on track to become the record holder, given the enthusiasm of the crowd and the suggestion by Mr. Wolf that another season was likely. “Every year is a potential funeral,” he said during the panel. “Nobody had a goal for exceeding 20 seasons, but that will happen.”

One of the reasons the show has such staying power is that it was the first series to devote its entire focus to sexual assault, a topic that was once considered taboo, even 20 years ago. And now, in the moment of #MeToo, its relevance cannot be overstated.

As a founding star of the show, playing Olivia Benson, a special victims unit detective, Mr. Wolf called Ms. Hargitay “the grandmother of the #MeToo movement.”

“Grandmother?” Ms. Hargitay replied, taking mock offense. “Would a grandmother wear these shoes?” she said, lifting a foot to show her Christian Louboutin stilettos to the crowd.

All joking aside, she said she was “grateful that we have brought something that has been traditionally swept under the carpet, something that has left survivors in shame and isolation” to “the public arena in a way that benefits profound healing. To tell these stories has been nothing but a privilege and a gift.”

Having been with the show for so long has also made her aware of other ways victims of assault have been underserved by law enforcement. When in 2009 she found out about the tens of thousands of rape kits that are never tested in this country, she and Mr. Wolf met with the show’s writers. The result was a 2010 series episode that fictionalized one woman’s real 13-year struggle to get the DNA in her kit tested. “All of a sudden, everyone knew about the rape kit backlog,” said Mr. Wolf.

Yet, Ms. Hargitay took it a step further, producing “I Am Evidence,” a film highlighting the stories of four victims and their struggles to have their kits tested and to be heard by the criminal justice system. The film was shown at the Hamptons International Film Festival and other festivals last year. (HIFF will host a free talk on tomorrow morning at Rowdy Hall about how filmmakers should present stories emerging from the #MeToo movement. There are also a number of films in the schedule addressing the theme of abuse and assault.).

It also led to legislation, the Sexual Assault Kit Initiative, passed by Congress in 2014 that provides grants to process the kits and end the backlog. To Ms. Hargitay, the backlog is “the perfect way to measure the fact that sexual assault isn’t a priority” in our society, even though it is a public safety issue.

The film was her latest effort, but in 2004 she started the Joyful Heart Foundation as a response to the shocking statistics she was seeing in her research on sexual assault and the letters from victims she received describing the suffering they had endured. The foundation began as a retreat in Hawaii that offered a place for healing from these traumas, but it has also served as a support mechanism for all of the advocacy efforts previously mentioned and public awareness campaigns that clearly helped encourage women to share their stories of abuse at home and in the workplace more recently.

“The stories were always there, people are just talking about it more,” she said, noting that the statistics have not changed since 1999. “Dick started the show before people were talking about it. That’s the brilliance of it, the fact that it’s more relevant now than ever.”

She said the show had “dealt beautifully with issues that need to be in the consciousness, like consent.” It also consistently presents “the neurobiology of trauma, which is something that is widely, widely misunderstood.” When women fail to come forward to accuse their attackers, she said, it is a result of their trauma, which “is deeply disorganizing. It scrambles the brain and fragments memories.” It is something law enforcement and society at large has yet to understand fully, and something that has been very much in the news lately.

“We’ve tried to explain things from a survivor’s point of view, a voice that traditionally has not been loud enough, a voice that’s been deeply, deeply compromised,” Ms. Hargitay said.

“This role changed my life in so many ways,” she said, thanking Mr. Wolf. “One of the things I’ve heard over the 20 years is ‘I wish you were the detectives on my case.’ And I think most survivors would want to have them on their case in the way they’re dealt with,” treating their reports with trust and respect.

“Our show in many ways is an ideal unit of how we wish sexual assault and domestic violence was met in the world. Survivors are believed, period,” she said to applause. 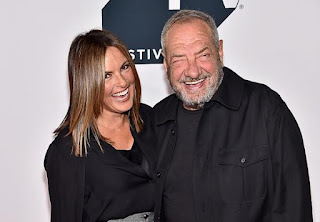