From: foxnews.com
By Stephanie Nolasco 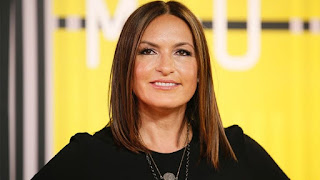 Mariska Hargitay has made her mark in Hollywood as an Emmy-winning TV star, but the “Law & Order: Special Victims Unit” actress admitted maintaining her success is not as easy as it sounds.


“I look at my life now and think, ‘I’m on a TV show, I run a foundation, I run a household, I’m a mom, I’m a wife, I’m a lot of things,’” the 54-year-old told Closer Weekly Wednesday. “I’m learning to be present with where I am. The truth is we have to live the journey, right? And that’s what I’ve learned.”
Hargitay credited her character, Detective Olivia Benson, for helping her analyze her own life even after cameras stop rolling. Hargitay has portrayed Benson in the NBC drama for the past 19 years.

“I’ve learned to lean into the sharp edges,” she explained. “There has been a lot of darkness. But on the other side, things can be so bright. What have I learned from Olivia? Having hope, you know? Stamina. Fierce protection. Never giving up no matter what.”

Before Hargitay found success in Hollywood, she endured a public tragedy.
When she was just three years old, her mother, Hollywood star Jayne Mansfield, was killed in a 1967 car crash in Louisiana that also took the lives of her lawyer Samuel S. Brody and driver Ronald B. Harrison.
While the adults in the vehicle met a sudden death, three of Mansfield’s children, including Hargitay, were sleeping on the rear seat and survived.

Rumors have existed for decades about the horrific accident, including that the famous blond bombshell was decapitated. Her undertaker Jim Roberts dismissed the myth to the New York Times in 1997.

Mansfield’s death also sparked gossip that she was reportedly the victim of a curse placed by Church of Satan founder, Anton LaVey.

Mansfield, who was reportedly struggling to find work in Hollywood after Marilyn Monroe’s death in 1962, had completed a nightclub tour at Biloxi’s Gus Stevens Restaurant & Supper Club when she later met her end.

Hargitay revealed it was her father, Mickey Hargitay, who taught her how to cope with life’s pain, as well as how to launch her career as an actress successfully.
The beloved patriarch and actor passed away in 2006 at age 80.

“The message I got from my father was that life is hard, but you just don’t quit,” she said. “I’d get an audition and he’d say, ‘How hard are you going to work for it?’

"So I pushed myself even when I didn’t feel like pushing myself. I acted confident even when I wasn’t. And slowly… I became more confident. [If you] kick fear to the side, the payoff is huge.”
But life for Hargitay today is blissful. She married fellow actor Peter Hermann in 2004 and the couple share three children.

“They are the answer to everything,” she said about her family. “[My character Olivia] really prepared me for motherhood, because as a cop, you are in charge of any emergency and you need to stay calm, take control. It’s the same thing with being a parent.”