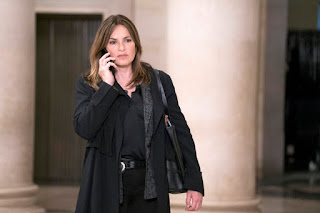 Twenty seasons strong, “Law & Order: Special Victims Unit" is the longest-running primetime drama currently on television. This hard-hitting and emotional series from Dick Wolf’s “Law & Order” brand chronicles the cases of the Special Victims Unit of the New York City Police Department, an elite squad of detectives who bring justice to the victims of sexual assault, child abuse and domestic violence. The Tribeca TV Festival is proud to pay tribute to two decades of this iconic and impactful New York City fan-favorite with an exclusive preview screening of the 20th season premiere and a conversation with those both in front of and behind the camera who have made SVU the institution it is today.