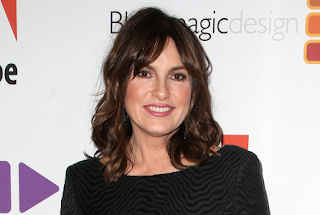 Law & Order: SVU star is set to be honored with the Crystal Nymph Award at the 58th Annual Monte-Carlo Television Festival which takes place June 16-20. The Emmy and Golden Globe-winning actress will receive the award at the fest’s opening ceremony on June 15.
Hargitay is in good company when it comes to previous recipients of the award which recognizes a stellar body of work by a major international actor or actress. Last year, Academy Award-winning actress Dame Helen Mirren was honored with the Crystal Nymph Award.

In addition to playing Lieutenant Olivia Benson on Law & Order: SVU, Hargitay serves as an Executive Producer and has directed multiple episodes of the wildly popular NBC procedural.

Inspired by her work on the show, she founded the Joyful Heart Foundation in 2004, whose mission is to transform society’s response to sexual assault, domestic violence and child abuse; support survivors’ healing; and end this violence forever. At the heart of their advocacy work is the “End the Backlog” campaign, which aims to eliminate the backlog of hundreds of thousands of untested rape kits sitting in storage across America, so that survivors can get the closure they deserve. In addition, she produced I AM EVIDENCE, an HBO documentary film on the issue that premiered in April.